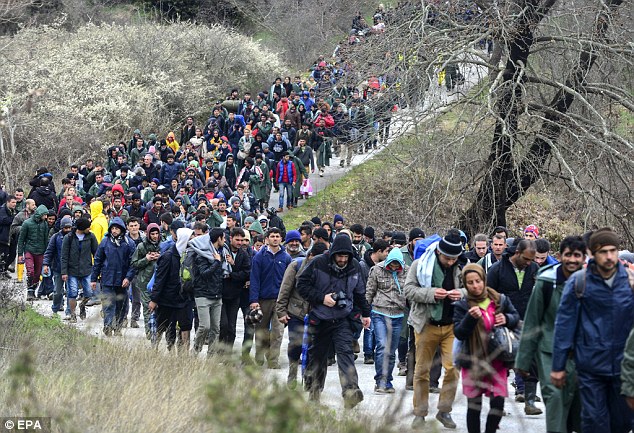 Statistics can help in grasping the extent of Europe’s refugee crisis. Discover the latest numbers highlighting various aspects of this unprecedented situation.

Below you will find all the relevant data about the migrant crisis in Europe, who migrants are, what the EU is doing to get to grips with the situation, and what financial implications there have been.

Definitions: What is a refugee? What is an asylum-seeker?

Asylum seekers are people who make a formal request for asylum in another country because they fear their life is at risk in their home country.

Refugees are people with a well-founded fear of persecution for reasons of race, religion, nationality, politics or membership of a particular social group who have been accepted and recognised as such in their host country. In the EU, the qualification directive sets guidelines for assigning international protection to those who need it.

Third-country nationals must apply for protection in the first EU country they enter. Filing a claim means that they become asylum applicants (or asylum seekers). They receive refugee status or a different form of international protection only once a positive decision has been made by national authorities.

Asylum decisions in the EU

In 2015 and 2016 alone, more than 2.5 million people applied for asylum in the EU. Authorities in the member states issued 593,000 first instance asylum decisions in 2015 – over half of them positive.

Most people who applied for protection at the height of the refugee crisis in 2015 had to wait until 2016 to receive their ruling. That year 1.1 million asylum decisions were made. 61% of those were positive with one third of applicants granted refugee status, the highest level of international protection.

One person can go through a border more than once, so the number of people coming to Europe is lower, nevertheless, member states have been under an enormous amount of pressure.

Some people are stopped at the border and refused entry – they are usually economic migrants coming from North Africa. In 2016, 388,000 people were denied entry at the EU’s external borders.

Migrants illegally present in the EU

In 2015, 2.2 million people were found to be illegally present in the EU. In 2016, the number had dropped to 984,000. “Being illegally present” can mean a person failed to register properly or left the member state responsible for processing their asylum claim – this is not, on its own, grounds for sending them away from the EU.

What Europeans are thinking

Migration has been an EU priority for years. Several measures have been taken to manage the crisis as well as to improve the asylum system. According to the 2017 Eurobarometer poll, 73% of Europeans still want the EU to do more to manage the situation. Migration was also seen to be a top priority in the 2016 Eurobarometer surveyresults.

In a vote on the EU’s 2017 budget in December 2016, MEPs secured a reinforcement package of €728 million for mainly migration-related funds.

Following negotiations with the member states, Parliament gave its green light on 5 April 2017 to a mid-term review of the EU’s 2014-2020 budget. €3.9 billion in additional support will be made available for migration-related measures.

In order to tackle the root causes of migration, an EU scheme aiming to mobilise €44 billion in private investment in Africa was backed by MEPs on 6 July 2017.