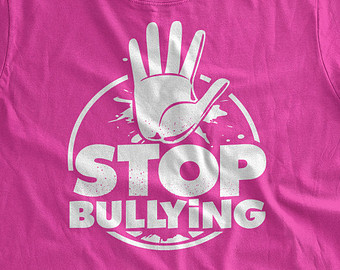 You must promote it by various activities! here are 2 videos showing some priviledges that life offers to anyone! And…another one: on how to behave to one another and not to provoke aggression.

Anti-Bullying Day is a day when people wear a pink, blue or purple shirt to symbolise a stand against bullying, an idea that originated in Canada. It is celebrated on various dates around the world. In 2012, the United Nations declared the official day to be May 4, (therefore some countries prefer to celebrate it on 28/29 February), which was recognized by many countries worldwide, including Australia, France, Lebanon, the United Kingdom and the United States.